Get to know Piper, Alex, and Crazy Eyes even better with these facts about what goes on behind the scenes of Litchfield Penitentiary.

The Real Piper And Alex Never Served Prison Time With Each Other
This might shatter some of the illusion to the hardcore Orange fan, but it’s true — the real Piper Chapman and Alex Vause (real name Catherine Cleary Wolters) were never prison mates. In reality, Chapman and Wolters never even had jail sex, much less danced while they were locked up. The only time they saw each other during that period was when they shared an airplane to Wolters’ trial where Chapman was to testify in their joint case. Wolters says Chapman ignored her.

Former Brat Packer, Andrew McCarthy Directed 4 Episodes In Season 2
Known mostly for his acting (specifically his work from the old Brat Pack days), Andrew McCarthy has quietly developed into an accomplished television director. Besides directing a quarter of OITNB’s season two, he’s done a lot of directing for Gossip Girl and The Blacklist. McCarthy is also a published author: He’s a editor-at-large (travel) for National Geographic and he also published his extensive travel memoirs (The Long Way Home) in 2002 for Simon and Schuster.

The Cast Wear Prison-Issued “Granny Panties” And Bras To Get Them In Character
Whether you can see their underwear or not, the cast of inmates all wear prison-issued bras and panties whenever they’re on set. Costume designer, Jenn Rogien says she was having some size challenges with the local prison suppliers so after an online search, she found a supplier that made authentic prison-issue uniforms and underwear. “They’re authentic,” Taryn Manning told Vanity Fair in 2014.” And then, they’re almost like sports bras, and they flatten your boobs. So everyone just has, like, a uni-boob.” Ouch. 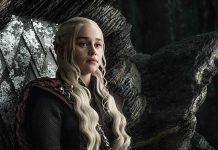 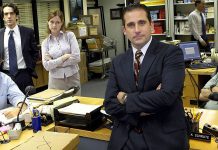 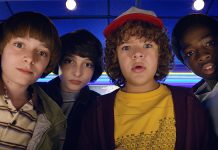 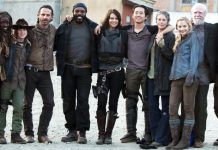