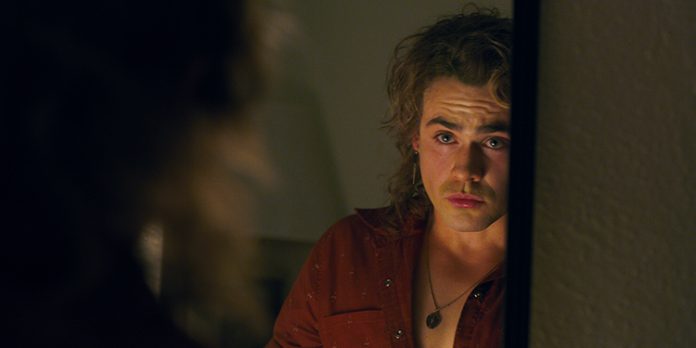 Stranger Things 2 introduced several new characters, and while most fit right into a small Indiana town, one of them stands out in extra tight jeans. Billy Hargrove is the bad boy that Hawkins has been waiting for! Some of the greatest ’80s characters are bullies: Biff Tannen from Back to the Future, Ace Merrill from Stand By Me, or Weird Science’s Chet Donnelly. It only makes sense that a show drowning in ’80s nostalgia finally gets theirs.

From his rebel-without-a-cause good looks to his rude Heavy-Metal Parking Lot attitude, Billy Hargrove is Netflix gold! Here are the reasons why Billy might possibly be a human Demogorgon and why we love him for it – or maybe, why we just love him…

Billy was created with legendary character inspo in mind.
Dacre Montgomery, who portrays the teenage rebel, has stated that the Duffer brothers encouraged him to find inspiration from the one and only — Jack Nicholson. Taking elements from the unpredictable and creepy Jack Torrance in The Shining, we are given a character cocktail of depth and flaws that once mixed together, make a quintessential villain and a potential Halloween costume for years to come.

He’s a mullet master.
Stating the obvious here… While Steve is spending hours spraying his ‘do with Fabergé Organics, Billy’s shake-and-go mullet blows in the wind effortlessly. His signature ‘party in the back’ has practically become its own character. Not to mention Billy rocks a magnificent mullet accessory — one single earring. The only thing missing from this Rob Lowe wannabe’s perfect “St. Elmo’s Fire” look is a tenor saxophone. The hairstyle now tops the list of our 2017 hair goals. Face it, we would all have mullets if guaranteed to pull off a cut that iconic. (It’s a wig, but we can dream!)

He’s too cool for Indiana.
What pairs well with a mullet? Denim jackets with lipstick marks on the collar, leather jackets, tight jeans, and tops unbuttoned to the point where you start to question if they’re even considered shirts anymore. What good are they doing? Who cares. It’s a bit risqué for high school, a little fashion forward for the Midwest, but overall, it’s a lot of look that deserves mad respect.

He got game.
It’s not all about looks. Billy has proven to only excel at whatever he tries to do. Be crowned “Keg King”? Check. Beat Steve at basketball? Check. Lift weights and smoke at the same time?! Check and check. Multi-tasking aside, all of Billy’s skills tell us he’s good at whatever he puts his mind to. This should give hope that one day, he will utilize his talent for something better in the future. Of course, this could backfire and end up deadly.

He likes it fast & furious.
Billy and his ’78 Camaro live life in the fast lane. Together, they’re cool, they share a need for speed, and definitely put your life at risk. With the windows down, and the Bon Jovi up, Max has learned the true meaning of “seat belts save lives” while riding in the passenger seat, and has heard some serious hairbangers while doing so. It’s terrible that he attempted to hit our beloved boys, but idiot stunts like these is what makes Billy so terribly great. It’s a miracle he has to chauffeur his stepsister because everyone knows his car would be confiscated for bad behavior.

He’s a charmer… when necessary.
Lock your doors! Hide your moms! Mrs. Wheeler’s brief flirtation with Billy has set the Internet aflutter, and we’ve been left wondering if anything will become of their palpable chemistry. (Will Karen get out of her loveless marriage and turn a romance novel fantasy into reality?) We now know that Billy has the power to charm anyone to get what he wants. From the smile in the doorway to eating a cookie, he knows what he’s doing and it could lead to dangerous results.

Billy makes Steve look good.
Remember when Steve was the bully? Neither do we. Steve did some mean –yet forgivable things throughout the first season, but now that an evil newbie is in town, Steve has been able to flourish and become the hero babysitter we never knew we wanted. (And to be honest, we’re rooting for those romance rumors.)

He might actually care, he just has a funny way of showing it.
This one is debatable. Some say Billy is a complete jerk, but some say he shows love the only way he knows how – Out of anger and violence. It’s the way he was taught. He doesn’t know how to love! Now that Max has given him a taste of his “tough love,” perhaps he will start to see the light from the dark side.

There’s more that meets the eye.
Well, maybe. Montgomery recently told Vanity Fair, “I can’t just play bad because nobody’s just bad.” Underneath that rough exterior lies a vulnerable teenager with severe daddy issues. Between abuse from his father and being uprooted from ‘totally tubular’ California to Indiana, Billy has a lot to work through. Fingers crossed that season 3 gives insight to his racist & homophobic behavior and we can see the layers peel back — and dare we say, give him a hug? But until he learns to calm his destructive tendencies, you should be advised to not get in his car — even if he flashes that smoldering smile. 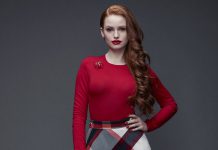 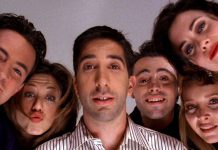 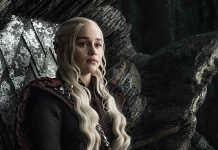