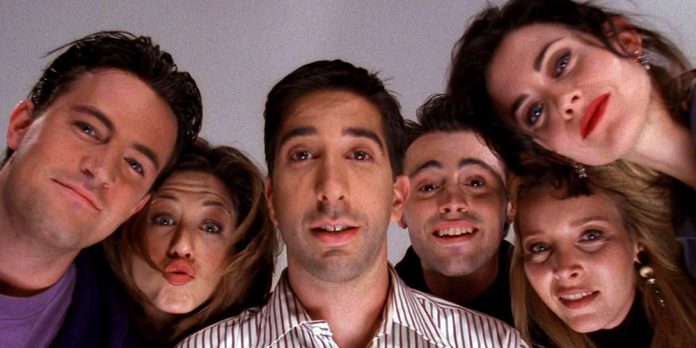 Friends was – and still is – a cultural juggernaut. For its lead actors, Friends was a blessing and a curse. A blessing because they’re wealthy beyond your imagination. A curse because how do you follow up success as an actor when you were on Friends? Besides being worrying about being typecast, you’ll always wonder if you get back that level of industry attention.

With that said, here’s how the friends of Friends have fared on the screen since 2004 when the series came to an end.

Jennifer Aniston / Rachel Green
Of all six actors, Jennifer Aniston was top dog. She always got top billing and they even named an old haircut after her. You’d think of all the friends, Aniston would have her pick of sitcoms, romcoms, and Hollywood bad boys. Well, she kinda got a bad boy in Brad Pitt, but the she didn’t get the great roles you’d expect she’d be offered.
Total Roles (after Friends): 26 acting credits
Peak role since 2004 (so far): Since Friends ended, Aniston has stuck mostly with movies. Of everything she’s done so far, He’s Just Not That Into You has arguably been her strongest performance. Her strengths lie in supporting and ensemble roles, and since He’s Just Not That Into You has something like 83 co-leads, you get just enough Aniston.
How she can come back: She needs to change the hair, and stay away from being the quirky wife/girlfriend roles – she’s done that to death.
Would she benefit from a Friends reunion?: Probably not. At this point, she’s more famous for being Jennifer Aniston than Rachel Green.
Did she peak with Friends?: So far, I’d say yes. She hasn’t had that one role that makes us forget Rach.

Courteney Cox / Monica Geller
Courteney Cox has had a steady post-Friends acting career. She continued with the Scream franchise and took the role of Jules Cobb in Cougar Town – a good choice for her.
Total Roles (after Friends): 19 acting credits
Peak role since 2004 (so far): An obvious call – she nailed Jules Cobb in Cougar Town. It wasn’t high art, but it was a fun series is Cox’s role was an extension of Monica.
Would she benefit from a Friends reunion?: The odds are 50/50 with Cox. While Cougar Town was highly acclaimed, Jules never eclipsed Monica. A reunion wouldn’t hurt her.
Did she peak with Friends?: Yes, but the Scream franchise and Cougar Town make it close.

Lisa Kudrow / Phoebe Buffay
Lisa Kudrow has always had the most range among the cast. You don’t see it in Friends, but it’s there where she takes small indie movie roles where she has the freedom to experiment with her character.
Total Roles (after Friends): 26 acting credits
Peak role since 2004 (so far): If you don’t want to count BoJack Horseman because it’s a voice over job, one of her other standout roles was Mrs. Griffith in Easy A. The movie holds up years later.
How she can come back: She just needs to hold out for that one dramatic role.
Would she benefit from a Friends reunion?: No, she’s beyond Friends now. If anyone on Friends gets an Oscar, it’ll be Kudrow.
Did she peak with Friends?: Have you ever seen Romy and Michele’s High School Reunion?

Matt LeBlanc / Joey Tribbiani
Matt LeBlanc made a mountain of money and probably though, “I don’t have to work like a starving artist and take every role that’s offered to me.” Well, he probably thought that after Joey. But he learned, and he was careful and he nails it in Episodes.
Total Roles (after Friends): 5 acting credits
Peak role since 2004 (so far): Matt LeBlanc as Matt LeBlanc in Episodes – it’s the role he was born for.
How he can come back: He probably doesn’t want to come back. He seems happy being under the radar, while being in a critically acclaimed series only his hardcore fans watch.
Would he benefit from a Friends reunion?: No, he needs to stay away from that big dumb “How YOU doing” shtick for the rest of his career.
Did he peak with Friends?: Yes, but he’s probably the only friend OK withit.

Matthew Perry / Chandler Bing
Matthew Perry has had his run-ins with the tabloids for the wrong reasons in gossipy tabloids post-Friends, but he’s pulled out of more than a few nose dives and his career has been on an incline since he picked up The Odd Couple as the lovable, sarcastic grump, Oscar.
Total Roles (after Friends): 18 acting credits
Peak role since 2004 (so far): This is going to sound silly, but hear me out. I thought Perry was great in 17 Again.
How he can come back: All he needs is one great indie comedy. If he could con Wes Anderson into giving him a supporting role, Perry’s back on top.
Would he benefit from a Friends reunion?: If Netflix gave Friends a 13-episode reunion season, Matthew Perry wouldn’t benefit most from it. Especially if it was unrated and Chandler wasn’t restricted to network censorship.
Did he peak with Friends?: So

David Schwimmer / Dr. Ross Geller
Davis Schwimmer… Ross… What we have here is a serious case of typecasting, but it’s not Schwimmer’s fault. Ross was such an over-the-top layup character, and it was so well written, Schwimmer nailed the character so well, he became synonymous with it.
Total Roles (after Friends): 18 acting credits
Peak role since 2004 (so far): I want a environmental sitcom staring Schwimmer as Greenzo.
How he can come back: He needs to find a great comedic role which plays against the Ross role. I believe him when he takes the jerk roles.
Would he benefit from a Friends reunion?: He’s probably thinking about it right now.
Did he peak with Friends?: For now, but I could see him scoring a Coen Brothers movie and make a Travolta in Pulp Fiction-style comeback. 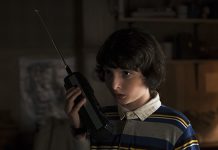 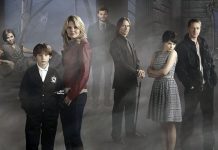