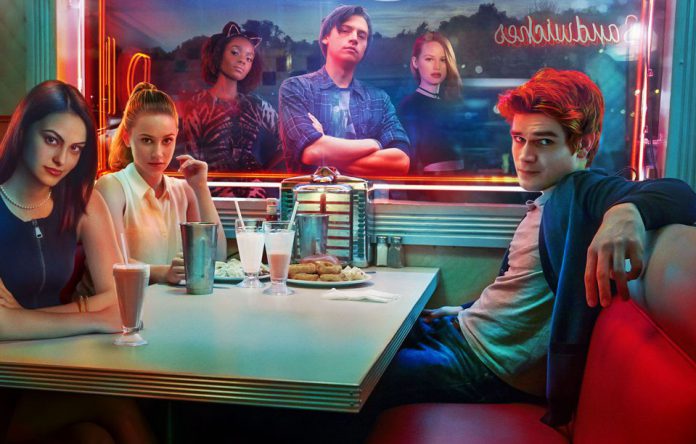 Aah, the diner. The local hangout where you can meet friends in the middle of the night for heart-to-heart chats or secret planning. Typically, these out-of-date, nostalgia-filled eateries serve as safe havens — the milkshakes, burgers, and chicken strips on the menu are just a bonus. Diners are a second home to some of our favorite television characters and we wish we could grab a table and join them. No coffee joints, no pubs… Here are 8 of the coziest/moodiest/most memorable diners:

The Max – Saved by the Bell
With bright colors and pink neon, The Max screams “early 90s.” This campus hot spot where the students of Bayside High gather is the ultimate after school hang out. Every major evens happens there. Plus, push the tables and chairs away, and voila! The diner doubles as a stage for Slater to show-off dance moves and Hot Sundae to performance the hits. Although The Max was on a soundstage, the set worked as a fully-functioning restaurant which was used to feed extras. Lucky for us, The Max is becoming a temporary reality! The ‘pop up’ restaurant has made an appearance in Chicago and Los Angeles is on the horizon, so be sure to set your alarm and order the “AC Slider” or the “Mac and Screech.”

Monk’s Cafe – Seinfeld
Named after a Thelonious Monk poster, “Monk’s Cafe,” is so much more than a diner to Jerry, George, Elaine, and Kramer. It’s a place to complain, a place to gossip, a place to eat breakfast, lunch, and dinner. If the gang isn’t loitering in Jerry’s apartment, they’re probably sitting in the second booth of the coffee shop’s entrance. And no matter how mediocre the food is, we know it’s better than Reggie’s. The exterior shots of the restaurant are of the infamous Tom’s Diner in NYC, which now has its own documentary.

Arnold’s Drive-In – Happy Days
Even the Arnold’s jingle promotes “good food and good music.” A patty melt and a solid jukebox? Sign me up. With wood paneling and pennants covering the walls, it’s like eating in a relative’s cool basement. Also, this place is on double duty. The men’s room serves as an office for the Fonz, so he can carry a business meeting and wait for a meal at the same time. Stay for Arnold’s cooking, leave when Potsie starts singing.

JJ’s Diner – Parks and Recreation
With fluffy “world-famous” waffles topped with whipped cream, and “The Four Horse-Meals of the Egg-Pork-alypse” that can fill Ron Swanson (12-egg scramble, bacon, sausage, ham, hash browns, chicken-fried steak, and a stack of pancakes), you know you’re getting the best bang for your buck at JJ’s Diner. It’s been the home of several of Ms. Knope’s meetings — both for business and pleasure. She loves the place so much that she helped organize a rally save the Pawnee staple. Anything Leslie Knope is passionate about is worth interest, and we know her love for waffles runs deep.

Luke’s Diner – Gilmore Girls
Could Gilmore Girls even exist without Luke’s Diner? Almost every day, our favorite mother-daughter team, Lorelai and Rory, make a pit stop at Luke’s. Whether it be for morning coffee or an afternoon burger and fries, the girls practically live there — not to mention the love story that blossoms within the restaurant. I’d go there to get in on the town gossip and witness the “Grinch of Stars Hallow’s” heart grow three sizes every time Lorelai walks through the door… and for the extra large cups of coffee, of course.

The Peach Pit – Beverly Hills 90210
If the teens of 90210 aren’t in school or getting in trouble, they’re at The Peach Pit. Inspired by Los Angeles’ Apple Pan, this retro sandwich shop has been open since the ’50s, and is the number one spot to grab a burger after class. Bad boy, Dylan McKay has been eating there his entire life, Brandon Walsh ends up working there, and the owner, Nat, practically becomes another parent for the kids. And you never know who might show up … Remember when Color Me Badd sang an a capella version of “I Adore, Mi Amor” to cheer up Donna? (and this was before the add-on nightclub next door, the Peach Pit After Dark.)

The Double R Diner  – Twin Peaks
“This must be the place where pies go when they die.” The Double R is the reason why we pair cherry pie with a “damn fine cup of coffee.” Open every day (including holidays), the residents of Twin Peaks depend on lovable waitresses in iconic baby blue uniforms and pie practically on tap. The diner’s Washington location is real, but burnt down in 2001 due to arson. The tourist destination reopened looking nothing like the original, so once Twin Peaks: The Return production began, Twede’s cafe was restored to have the interior of the Double R, which lucky for us, has stayed that way since filming wrapped.

Pop’s Chock’Lit Shoppe – Riverdale
Twin Peaks and Riverdale have quite a bit in common: A Pacific Northwestern climate, mystery & intrigue, Mädchen Amick, and amazing diners. This 24 hour restaurant has been the heart of Riverdale for decades and serves as the late-night meeting place for crime-solving teens. Unfortunately, Pop’s isn’t on the right side of the tracks and is now remembered as the sight where Fred Andrew’s was shot. The Chock’Lit Shoppe has been hurting for customers and has already been saved once by the Riverdale gang — And we’re only in the second season. I highly doubt we’ll see the beloved place leave. If you’re ever in Vancouver, hit up Rocko’s diner to see the exterior! 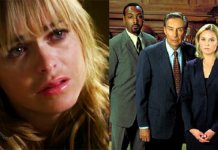 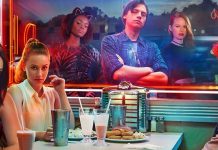