“Jam” was supposed to be an interracial couple? Yep.

1. For Jim’s proposal to Pam, the crew built a $250,000 replica of a Connecticut rest stop — the show’s most expensive scene ever. Producer Greg Daniels described the scene as “the most elaborate shot we’ve ever done, but it’s also sort of the highlight of five years of storytelling.”

2. In the episode “Performance Review,” Michael reads a note from the office suggestion box, including one from “Tom,” who wrote, “We need better outreach for employees fighting depression.” It’s never really talked about during the series, but there are a few vague clues that Tom’s suicide was the reason why a documentary crew was documenting Dunder Mifflin.

3. Like several of the other Office cast, Paul Lieberstein, who played Toby, also wrote and directed some episodes of the show, but he hated being in front of the camera. He insists he’s shy and gets uncomfortable when he acts so when he writes a script, he always gives Toby as few lines as possible. That’s why the cast joke say they can tell when Lieberstein wrote or directed a particular episode — because Toby is rarely in them.

4. In the episode “Gay Witch Hunt,” the script only intended for Michael to hug Oscar, so when Steve Carell improvised the kiss, the cast’s reactions were completely real.

5. B.J. Novak and John Krasinski have known each other since they were kids. They even went to the same high school, and played Little League baseball together.

6. Think about how this one would have turned out — Paul Giamatti was NBC’s first choice to play Michael Scott. Giamatti turned down the offer so NBC went with its second choice. And while we’re on the subject, Seth Rogen, Judah Friedlander, and Patton Oswalt were both close to playing the Dwight role, John Cho (Harold and Kumar) almost played Jim, Kathryn Hahn (the I wanna roll you up in a tiny ball and put you in my vagina” mom from Step Brothers) was considered for the role of Pam Beasley, Alan Tudyk (the pirate on Dodgeball) and Adam Scott (Parks & Rec), and Nick Offerman (Parks & Rec) was also up for Michael Scott’s part. Eric Stonestreet (Modern Family) was up for Kevin,

7. Because Michael Scott was the main character in every episode, Steve Carell was always listed as #1 on the daily call sheet. When he left the show, the crew “retired” the #1 spot on the call sheet.

8. It was always a mess anyway, but if you look close, John Krasinski wore a wig for the last six episodes of season three. Apparently, the filming of his movie Leatherheads overlapped with The Office’s shooting schedule so what you see is a bad wig. I thought something was up in some of those episodes — at times, his hair looks like an old bottle cleaner.

9. Jenna Fischer never revealed what Steve Carell whispered to her during Pam and Michael’s airport farewell, but the sentiments they shared were real, as Fischer was told just to “say goodbye to Steve.” It’s one of those mysteries that we’ll never know, just like, what did Bill Murray say to Scarlett Johansen at the end of Lost in Translation. We’ll never know.

10.Mindy Kaling, John Krasinski, and Ellie Kemper were all previously interns at Late Night with Conan O’Brien. How’s that for luck? It just goes to show you, if you want something, you have to pay your dues in the trenches for a while.

11. Roy and Pam were meant to be played by Craig Robinson (Darryl) and Erica Vittina Phillips (Darryl’s ex wife) – Jim and Pam were going to be in an interracial relationship.

12. In the episode “A Benihana Christmas,” Michael, Andy, and Jim eat at the exact same Benihana restaurant that Steve Carell’s Andy Stitzer went to in The 40-Year-Old Virgin with Katherine Keener.

13. Jim and Pam’s first kiss was John Krasinski’s first ever onscreen kiss. A fact he kept from Jenna Fischer when she asked if he’d ever done it before. It was the kiss heard around the world, wasn’t it? Hundreds of blogs wrote about the moment the next day, even Entertainment Weekly wrote a long form think piece on the kiss:

We shot it with one camera only, and the camera was hidden far away from where Pam was standing, talking on the phone with her mother. So we really shot it in a way that was like we were eavesdropping on Pam and one of the things I love about the shot is that when Jim walks in, Pam’s back is to us. He walks up to her and kisses her and with that angle, you see his face quite clearly, but you really don’t see her expression. As an audience member, you get to fill in those emotions that you can’t see on her face. You get to imagine how she’s reacting. In a funny way, it puts you in her shoes. In a more conventional approach, you’d have a reverse close-up on Pam for her reaction to the kiss, but what makes this one of the great advantages to the mockumentary style is it forces you to get involved in a different way. —The Office director Ken Kwapis 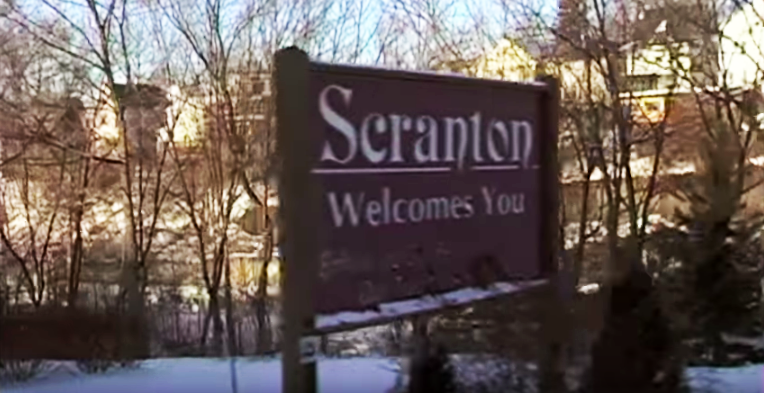 14. You know all that footage of Scranton in the opening credits of the show? It was all filmed by John Krasinski. He shot the video when he took a research trip to Scranton before he auditioned for the role of Jim. He wanted to get a feel for the city so he studied the tape which were then cut for the show’s intro. He says he also interviewed employees at actual paper companies during those research trips. 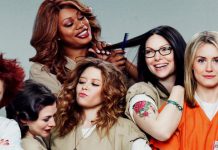 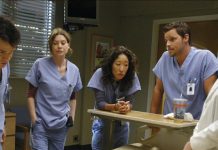 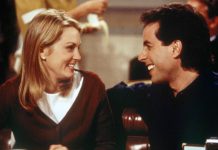